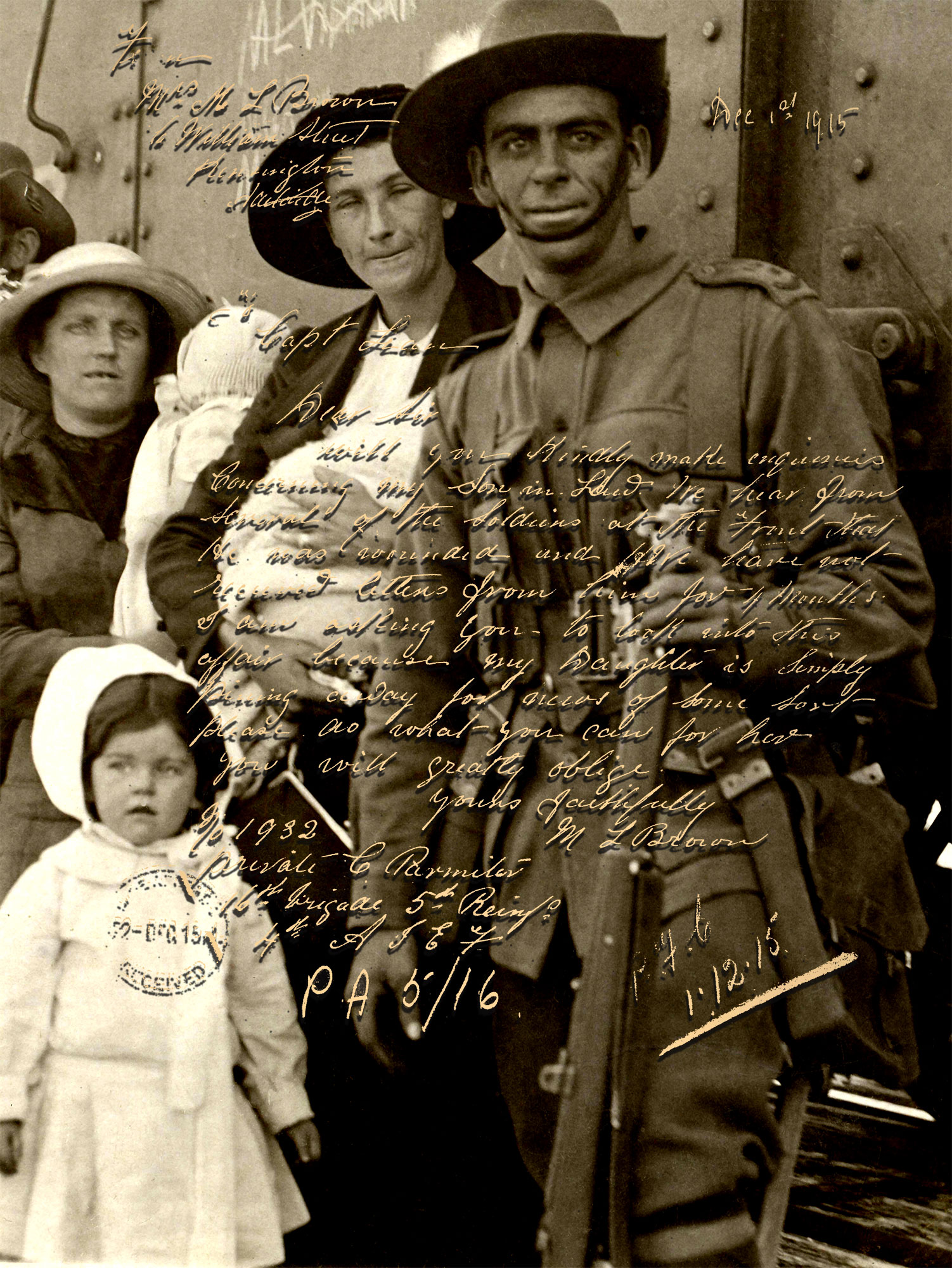 So, the overlaying letter reads ~

"Dear Sir
will you Kindly make enquiries Concerning my Son in Law. hear from Several of the Soldiers at the front that He was wounded and we have not received letters from him for 4 months. I am asking you to look into this affair because my Daughter is Simply pining away for news of some sort. Please do what you can for her you will greatly oblige

My Grandmother wrote the following note in her later years.

"Charles Parmiter was my father. He and his younger brother Phillip enlisted together in 21st of January 1915. Thet embarked per HMAT "Hoorata" on 24th of April 1915, and landed at Gallipoli as support troops. Phillip was wounded on 4th of August 1915 and was sent to Alexandra for treatment. He arrived home on 3rd of September, 1915. Charles was killed in action on 6th of August 1915. His widow Winifred (my mother) was not officially notified of his death until March, 1918."

No time to get to know.

Just letters, and that photo of the day you left.

The black hole of grief passed down.

Lest We Fucking Forget.

Great, Great Grandpa Brown wrote this letter to the Army on behalf of his Daughter, Winnie.

Yes, it's hard to read. Deliberately slow and tortuous. It is what it is. It must be. As was, and will be again.

There are quite a few letters, but I chose this one because, firstly, it's the most powerful. And, it's written by the Photographer, Great, Great Grandpa Brown. I've tried to see him in Charlie's eyes. Looking into the eyes of a dead man. I know he's there.

Without confirmation of his death for three years, Winnie didn't get support from the Government. She lost their house and moved in to her Dad's, with the two little ones.

The organisation, Legacy helped enormously and my Grandmother was forever grateful to them. The Red Cross played a big part in her Time.

Mum reckons Winnie was a tough lady, scary at times. Grandma was too. I have dedicated this to them.

Here's to the Forgotten.

No good comes from War.